The Heart of the Bear 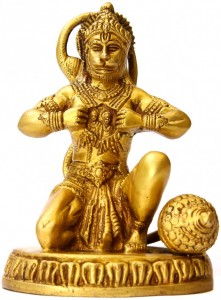 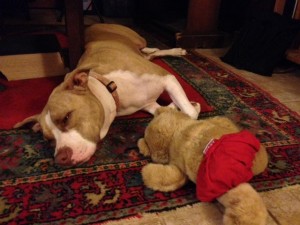 My mother loved teddy bears, especially as, older and frailer, she spent most of her time propped up on a pillow in bed listening to npr on her Bose radio and eating m&m’s, surrounded by her Teddy bears.

When I moved to California with my daughter Lily we made a few visits to the Bear Factory in downtown San Francisco and,, in addition to Lily creating her own bear, she made one for her grandmother choosing a traditional teddy bear brown, a red bow and red panties. We left it at that, declining the wardrobe selections to dress up your bear and lovingly, she gave it to ‘grandma’ who kept it on her bed in a place of honor next to Paddington Bear and his buddies.

When my mother left this earth 14 years ago, my sister and I sorted through a lifetime of stuff – dispersing it hither and yon like a diaspora. We divided up paintings, books, furniture, mementos, clothing, kitchenware and tchotchkes. I moved my portion north-east to Davis, my home at the time, and my sister moved hers across the Bay Bridge  to her home in San Francisco. Culling and weeding it in another couple of years, I pulled up stakes yet again beckoned by a next season and a new chapter, and packed it up and trucked it across the country to Florida where it was put in a container and sent off to sea to land on the tiny island I call home, and then trucked it up and over and down the hillside to my not yet periwinkle blue cottages. Whew ! I imagine that’s what the bear was saying because it had been some journey.

Even though Teddy wasn’t worn and loved to shreds like the velveteen rabbit (being newer and never owned by a child) – it had still been a transitional object for my mom  during her last transition and then had been chosen by me and deemed worthy of a trip most bears don’t ever get to make.

I’m guessing they were all excited and relieved to see the light of day when looking for my collection of puppets, I found and opened the garbage bag.  I sat them in the sun and asked my daughter if she wanted any of them – tweety especially having been her favorite. She declined but before I could pack them up to give them to some children, Shelby, my daughter’s three year old pit bull, got hold of Teddy and slimed him beyond rescue.  Even though I knew she’d rip Teddy to shreds, I knew she’d have fun doing it and I have to admit I kind of warmed to the sight of pit bull and her Teddy bear sleeping side by side.

Well, Teddy held up thanks to the Bear factory’s impressive fabrication skills. Shelby dragged him around begging for a game of tug o war and racing up and down with the bear in her mouth for weeks until, one evening, I noticed one piece of white fluff and then another evidence that Sheby had  made inroads into Teddy’s brain and was eviscerating it’s contents and spreading them like a snow storm all over my floor. I collected the fluff and went to bed. The next morning, amidst more fluff, I saw something red on the floor. Blood? Getting closer I saw it was a heart – the red sateen heart that is the piece de resistance of the make a bear process. Before they sewed Teddy up, Lily picked a red heart (you could choose from a variety of colors) and tenderly placed it in his chest.  I’d forgotten about the heart.

I picked it up and held it close to my heart before I magnetically anchored it on my fridge next to a poster from the devotional Krishna Das concert I’d just attended in Puerto Rico. It’s deep red, perfect heart shape and shiny surface catch my eye ever time I look that way – which is often.

That evening, I attended satcousang, a gathering for truth, and a group of us sang sacred songs accompanying ourselves on instruments – Gary, Pru and Katie on guitar, Karen rocking the harmonium, me playing violin with others keeping time with tambourines and shak shaks. We sang chants to various Hindu gods – among them, Ganesh. Krishna, Rama and Hanuman as Pru shared stories about them.

I was particularly moved by the story of Hanuman’s rescue of the kidnapped Sita, the love and consort of Lord Rama. After many adventures and misadventures recounted in the Ramayana, thanks, most of all,to Hanuman, Sita was rescued and returned home to the side of her beloved, Rama.

Shortly after he was crowned Emperor, Rama decided to reward his well-wishers. At a grand court ceremony, he honored his friends and allies, calling them one by one to the throne.  Seeing Hanuman come up to him, an emotionally overwhelmed Rama embraced him and declared that he could never adequately honor or repay Hanuman for his help and service. Sita, , insisted that Hanuman deserveded honor more than anyone, and she gave him her necklace of precious stones and pearls.

Taking it in her hands, Hanuman immediately took it apart, and peered closely into each stone. When why he was destroying his precious gift, Hanuman said he was looking into the stones to make sure that Rama and Sita were in them, because if they weren’t, the necklace was of no value to him. At this, a few mocked Hanuman, saying his reverence and love for Rama and Sita could not possibly be as deep as he was implying. In response, Hanuman tore his chest open, and everyone was stunned to see Rama and Sita seated in his heart.

I thought of Teddy’s red heart ripped out of his furry chest and of my own heart and who is seated there for all to see were I to rip my own chest open and I thought of my mother who carried pictures of me and my sister in a heart shaped locket and of what it means to wear your heart on your sleeve.

I carry everyone I love in my heart – like Hannuman carried Sita and Rama – devotion evidenced by their place of honor. Like a motley crew of figures past and present, human and divine, those I worship, those who support and sustain me and those who I embrace in the here and now, they are all inside my eternally expanding heart, whose every beat is like a mantra, a love song and a kind of praying with out ceasing, the back beat of my song, the sound of the river that carries me.

All I need to do is dive in, sink down and rest in the the heart of the matter to remember who I am and who is here with me always.

With thanks to Teddy, Shelby, Pru, Hanuman, my mother and the blood red satin heart on my fridge.

2 Responses to The Heart of the Bear